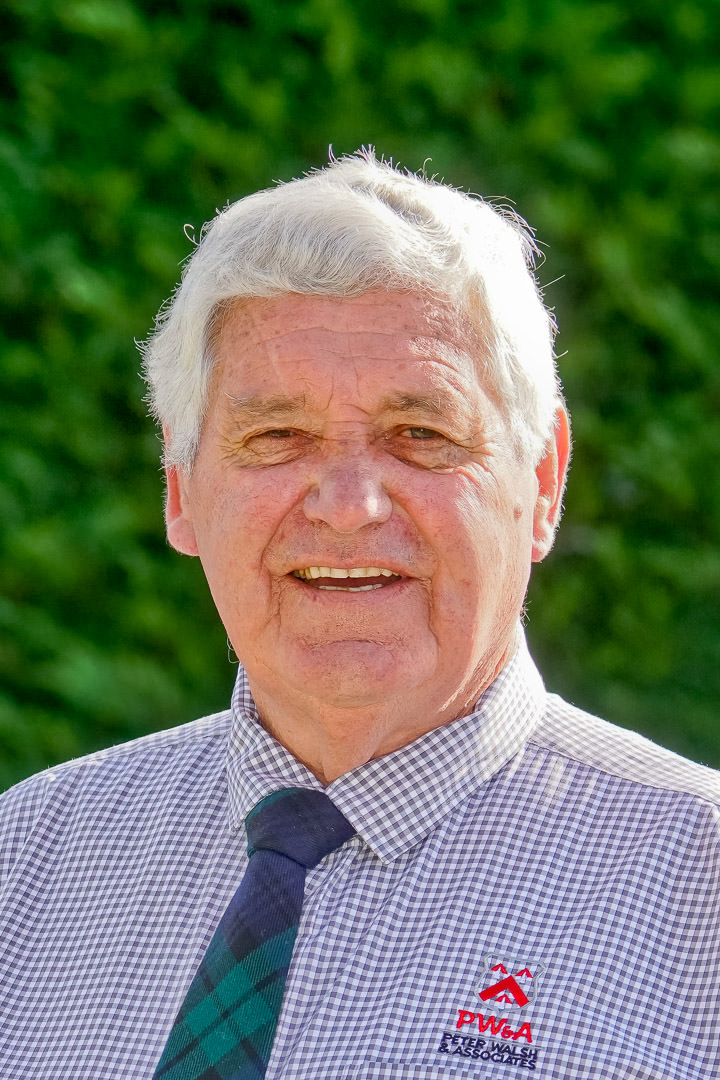 Originally from Koiterangi on the West Coast, Peter grew up on the family’s dairy farm before moving to Cronaden, where the Walshes had purchased the local pub. Peter attended boarding school in Christchurch, then joined a livestock company in the city. His first role was mail boy, before being appointed a junior agent in Cheviot. Then it was on to Geraldine and Fairlie, as he progressed up through the ranks, and finally Timaru. At this point, Peter moved into management roles, including head auctioneer, branch manager and company livestock manager. In 2002, he established Peter Walsh & Associates Ltd and Hamish Lane quickly joined him, as an equal partner. Peter’s role in the company initially included servicing clients and, while this has continued as the company has grown, he now spends most of his time providing day-to-day direction and support to the staff and guiding the company’s development and future. Peter’s interests outside of PW&A include spending time on the family’s small block just outside Timaru and following his children’s sporting interests, which include rugby, cricket and athletics. 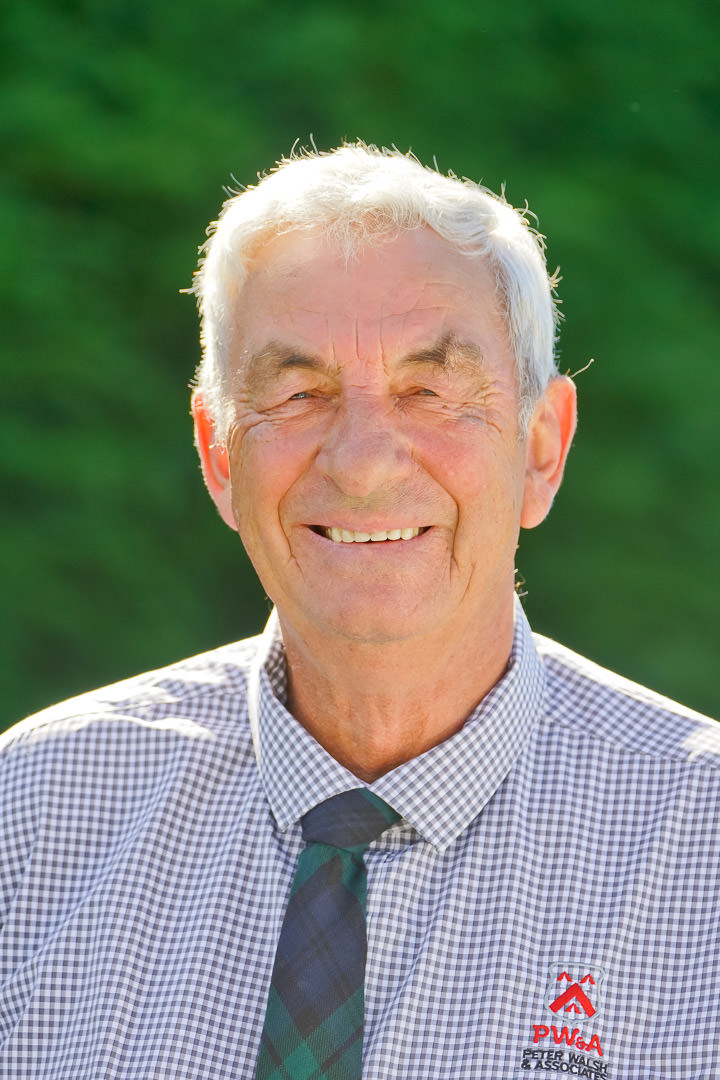 Don hails from the Nelson area, where he grew up on the family’s sheep, beef and dairy farm. He started his working life as a butcher and was in the business for 13 years, despite a strong dislike for working inside. When the opportunity arose to become a stock agent in Golden Bay, he jumped at the chance and spent the next 28 years over the hill. As the Bay was predominately dairy country, Don became a specialist in this field and, when he shifted to South Canterbury in the 1990s, he maintained his interest in this sector. Don was the first livestock broker to join PW&A. In his spare time, he’s a keen follower of sport, especially rugby and league. 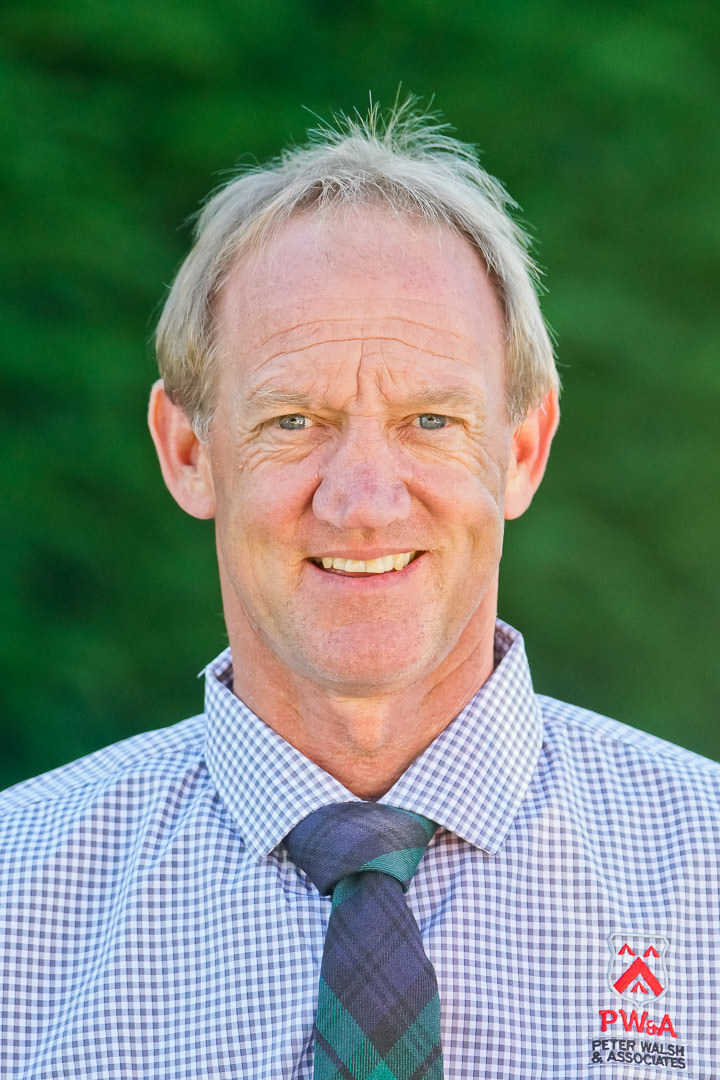 Known to all as “Snow”, this Blenheim boy’s first job was on a Romney stud over the Cook Strait, just outside of Wanganui. He then moved to West Otago, where he was stud master for a well-respected Romney stud. In the early 1990s, Snow joined the livestock industry – initially working in Southland – before moving to South Canterbury in 1997. He joined PW&A in 2002 and, while he is a generalist livestock broker for the wider Timaru area, the company does call on his specialist stud knowledge and experience when required. Snow’s out-of-work time is spent following his family’s sporting interests and he is also a keen hockey player. 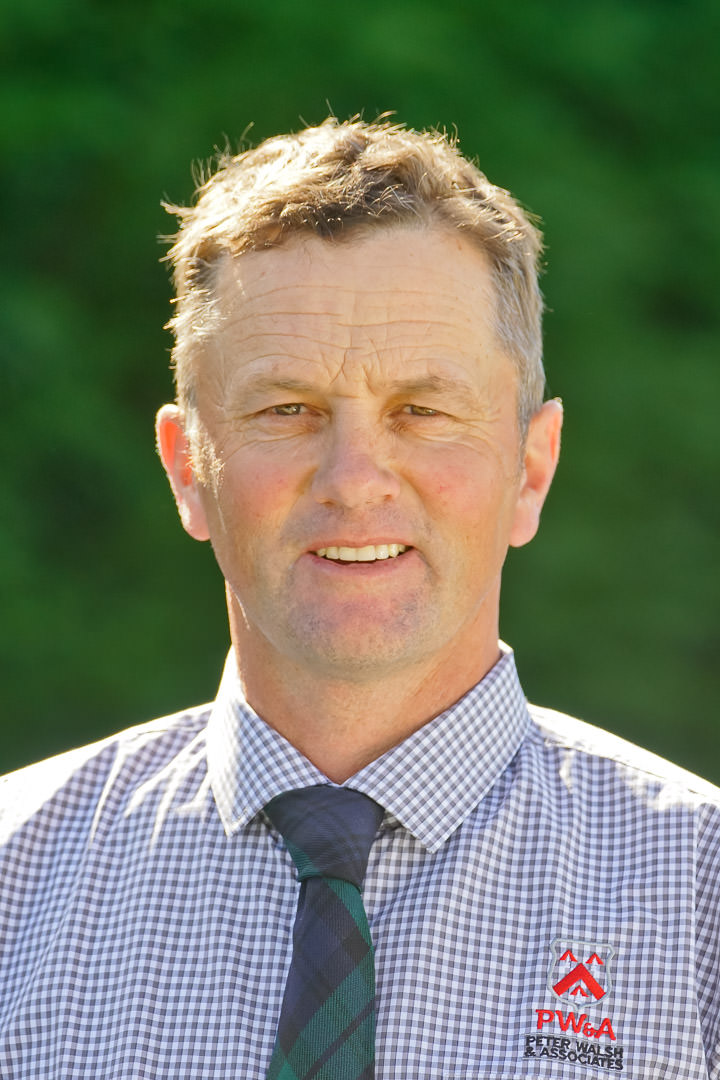 Wayne’s stamping ground is the Cave, Pleasant Point and Geraldine districts of South Canterbury, but he started life in West Otago – in the small settlement of Heriot. He has spent all of his life on the land – progressing from farm labourer jobs, through the ranks to farm management. He spent 14 years on a South Canterbury sheep and cattle farm – during which time he studied and earned a Diploma in Sheep and Beef Production Management and Agribusiness Management. Wayne’s extensive knowledge and experience of on-farm operations is appreciated by his clients. He joined PW&A in 2006. Wayne enjoys following his family’s sporting interests, as well as pursuing his own – specifically hunting, rugby and golf. 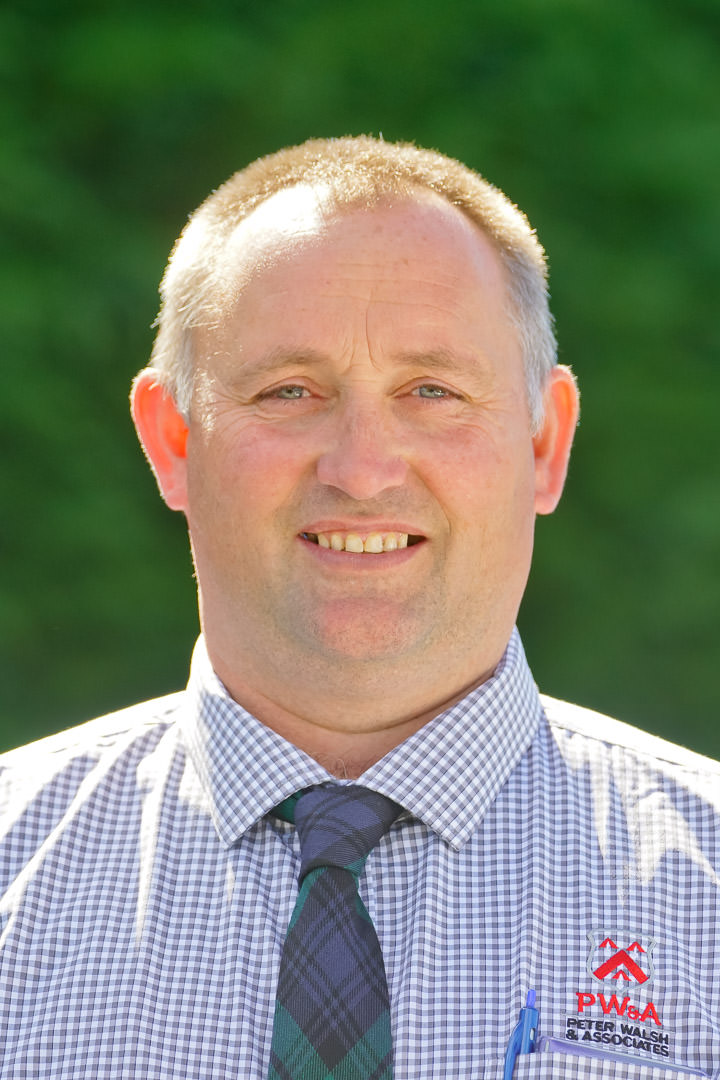 Raised in the Levels Valley, Dean attended Pleasant Point School, spending holidays working in the shearing sheds as a presser. His first job after leaving school was as a labourer on the chain at the local freezing works. He then took up shearing and spent the next 16 years in the sheds. As well as shearing locally, Dean travelled to Australia, where he worked on runs, shearing Crossbreds and Merinos. He also shore in England and Scotland – a considerably different experience, where shearing involved setting up a mobile unit in the corner of the paddocks and doing the job there and then. Dean competed in shearing competitions and represented New Zealand in the sport. He won an intermediate Golden Shears title and also intermediate and senior titles at the New Zealand Shearing Champs. In 2009, He joined PW&A. Dean is based in the Temuka area, where he services both the strong dairy farming community and local sheep and beef clients. After work, he enjoys a spot of fishing and can be found following his family on the rugby field and around the athletics track. 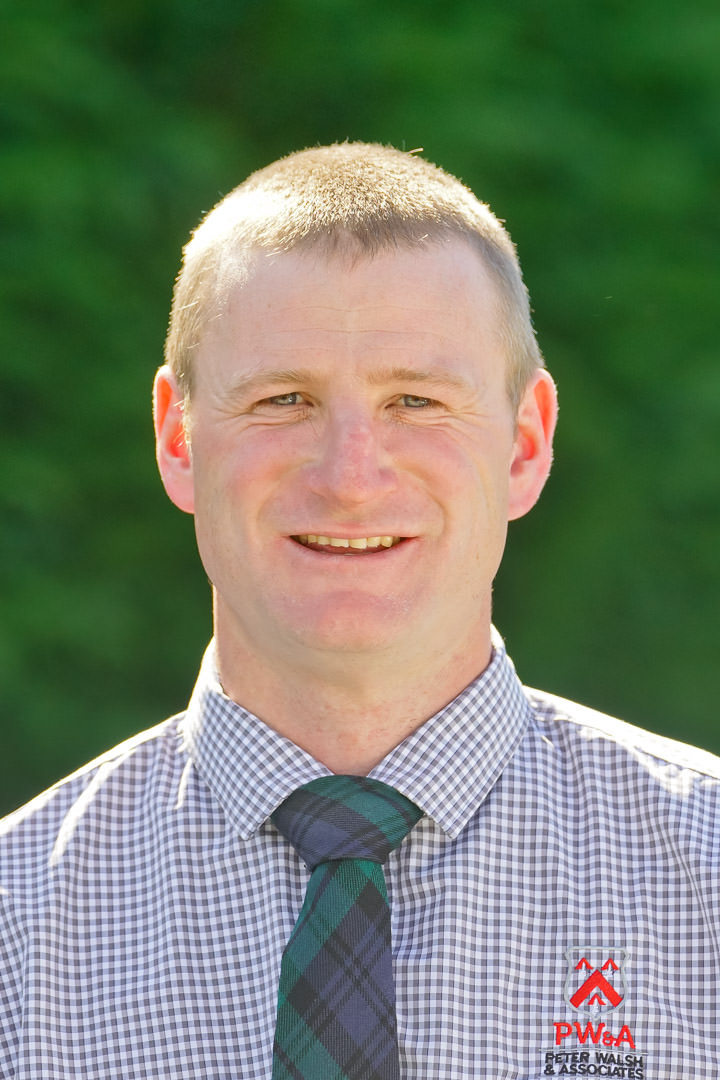 Andrew was born in Hastings and then in 1995 moved as a young boy to the family farm in Kerrytown just north of Timaru. He spent his highschool years in Timaru, working during school and summer holidays shifting irrigators and on a spud digger. On finishing high school Andy attended Otago University studying for a Bachelor of Commerce, once graduating he got a role in Banking for 6 years. In 2011 Andrew left for his OE to the UK and Europe for 9 months and returned to work on a grazing property in the Waitohi Area wintering cows and working with export heifers. Outside of work Andy enjoys cricket, golf, fishing and various other sports. 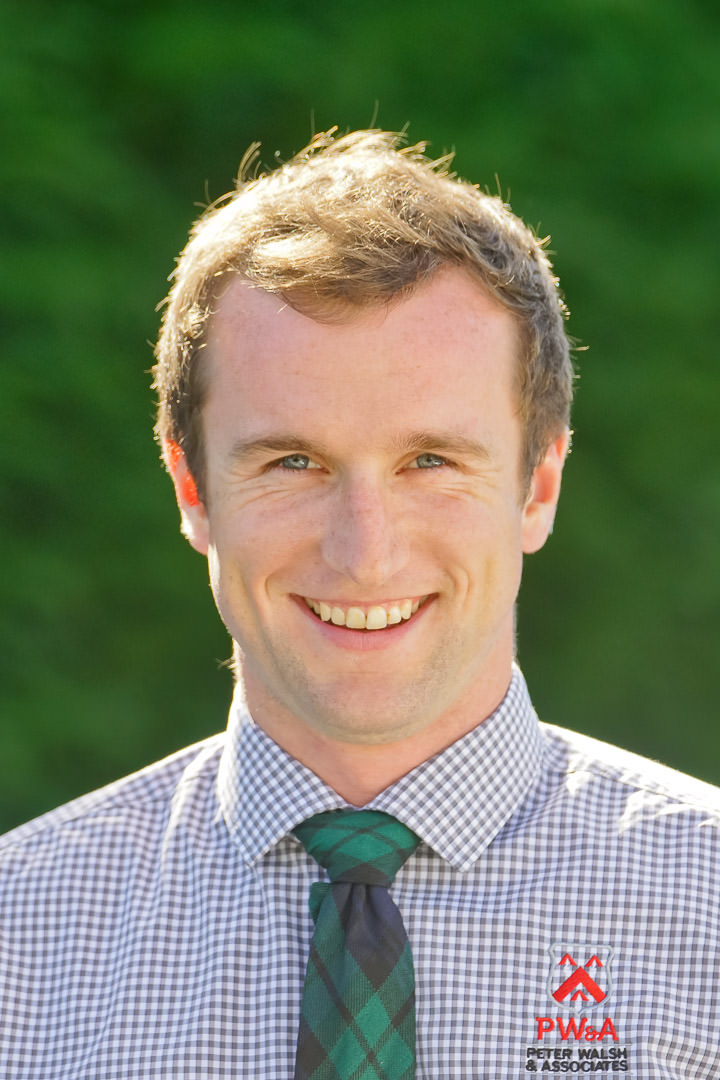 Madison is from Rakaia, where he attended school before heading away to boarding school in Christchurch. After finishing school Madison began work in a rural merchandising store. As well as this he assisted at the sale yards after work to draft up sheep & cattle for the following days sale. Madison joined the PW&A team in November 2012 as a trainee in the South Canterbury region. Part of his role is to attend the Temuka sales weekly. Outside of work, he is keen on hunting and fishing. He also plays rugby and is a drum major in a pipe band. 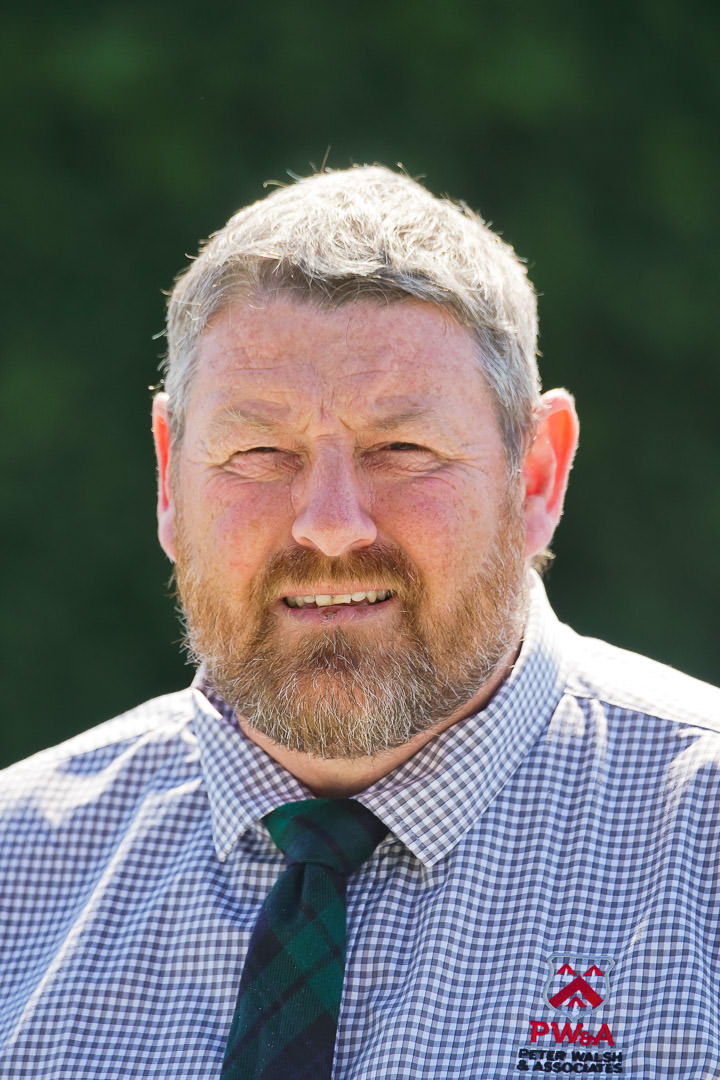 Peter grew up in Christchurch and started his working life in Springston working on various dairy farms. From there Peter moved to the West Coast where he worked on a sheep & beef farm. Moving back to the dairy industry Peter became a sharemilker and he made Waimate his home for the last 25 years. Peters roles more latterly have been in dairy associated industries and on joining PW&A Ltd he will now be servicing clients in the Waimate/North Otago area.

Waimate born and bred, Ken grew up on a small dairy/beef farm. After leaving school he was a farmworker for several years, before training as an A.B Technician for Livestock Improvement, where he worked for 15 years, whilst also working nightshift at the freezing works.

Ken then became a buyer for the freezing works, focusing on prime stock which he has been doing for the last 18 years.

Outside of work, Ken enjoys hunting, fishing, and spending time with family. 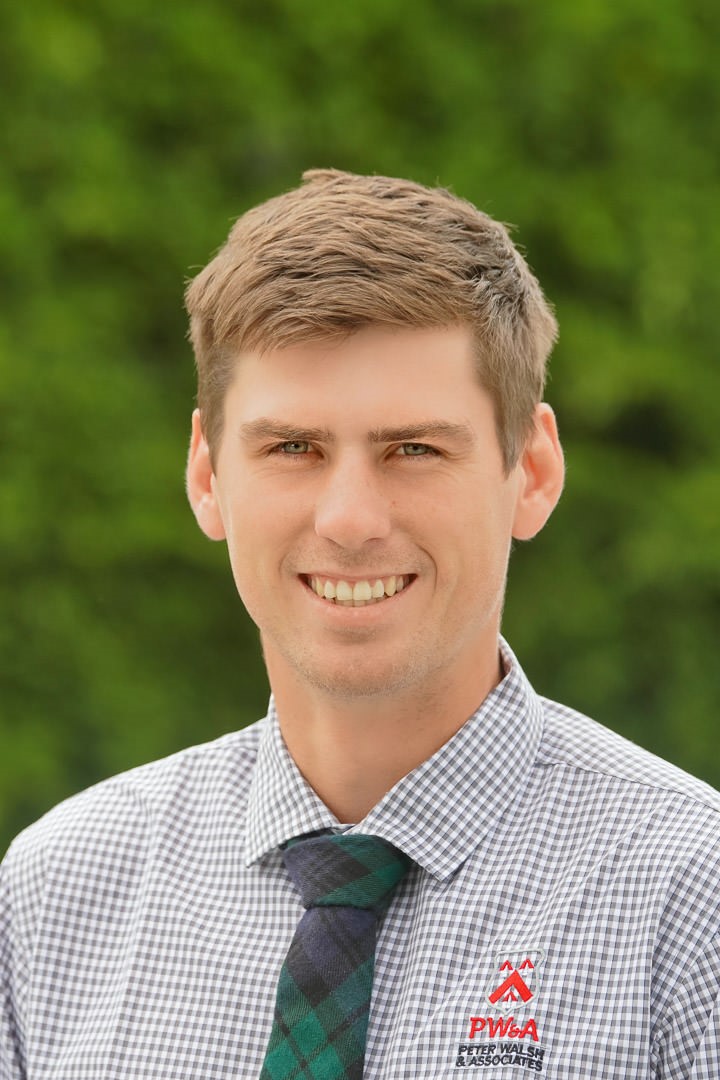 Sam is from a farming background growing up on a family deer and beef farm in Loburn North Canterbury. He then attended boarding school is Christchurch and went on to Lincoln University where he completed an agriculture course. Since finishing study Sam has been working in the agriculture sector and has now joined PW&A Ltd as a trainee age. Sam will also be introduced as a trainee to all facets of PW&A Ltd livestock business. In his spare time Sam has a keen interest for the outdoors enjoying hunting and fishing as well as playing sports such as rugby. Sam has grown up in a polo family and has represented New Zealand on a number of occasions in polo playing in both New Zealand and overseas.